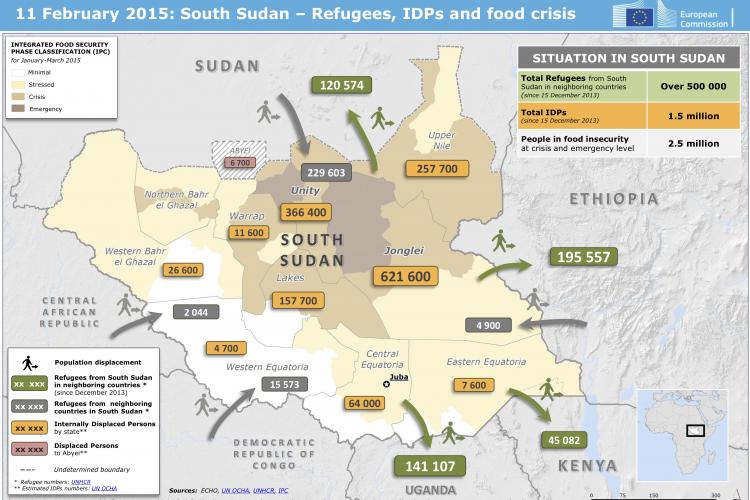 In the last few years, a huge amount of people were forced to leave their homes. One of the major issues hereby is to forecast where these displaced people will arrive, which would allow decision makers and NGOs to allocate humanitarian resources accordingly. To predict possible destinations of refugees coming from conflict regions, we have developed a simulation framework. This framework relies on agent-based simulations, and makes use of real world data from UNHCR, ACLED, and Bing Maps. Applying this simulation framework to three major African conflict regions, we obtain results which consistently predict more than 75% of the refugee destinations correctly after 12 days.

In HiDALGO the main goal is to improve our agent-based simulation framework in terms of accuracy, resolution, clarity, and performance, and to incorporate a range of relevant phenomena in its computations. For instance, we are developing models that incorporate precipitation data from ECMWF, and plan to exploit telecommunications data from MOONSTAR to help validate our simulations. In addition, we are establishing new techniques to speed up the construction of our simulations (e.g., by automatically extracting and converting geographical data) and to establish better ways to visually explore our simulation output. Our final goal in HiDALGO is to enable simulations on a large scale to accurately forecast where displaced people, coming from various conflict regions of the world, will eventually arrive to find safety.

Our approach could assist in case of a global crisis in a number of crucial ways. Firstly, it could forecast refugee movements when a conflict erupts. Secondly, it could acquire approximate refugee population estimates in regions where existing data is missing or incomplete. Finally, it could investigate how border closures and other policy decisions are likely to affect the movements and destinations of refugees.

Epidemics Pilot
The recent Covid-19 outbreak has had a tremendous impact on the world, and many countries are struggling… 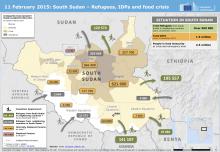 Migration Pilot
In the last few years, a huge amount of people were forced to leave their homes. One of the major issues…

Social Networks Pilot
Social networks are omnipresent in our daily life. Facebook has as much as 1.4 billion daily active…